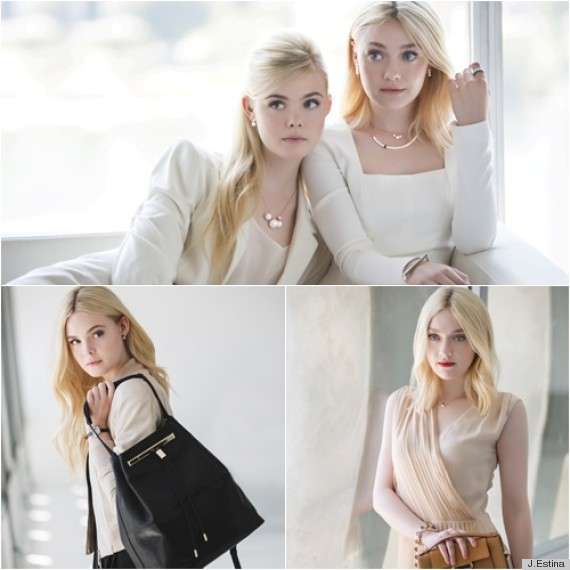 Meghan Young — July 10, 2013 — Fashion
References: jestina & refinery29
Clean and sophisticated, the J.Estina Fall 2013 ad campaign stars the stunning Fanning sisters. This is the second time in a row that Dakota and Elle have taken on the role of being the face of the South Korean jewelry label. This time around, however, the actresses decided to put aside sweet innocence for a look that is much more elegant and mature.

Shot recently in Los Angeles, the J.Estina Fall 2013 ad campaign is full of natural sunlight, which reflects refreshingly off of their all-white ensembles and platinum blonde locks. As though they were real-life angels, the Fanning sisters do the jewelry and accessories justice.