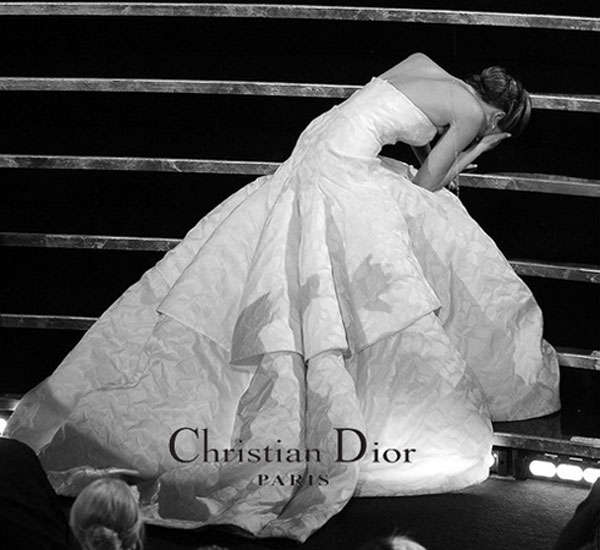 Meghan Young — February 27, 2013 — Pop Culture
References: i-nsan.tumblr & refinery29
Share on Facebook Share on Twitter Share on LinkedIn Share on Pinterest
Although the actress would wholeheartedly disagree, known for her adorable acts of self-deprecation, the Jennifer Lawrence Fake Christian Dior ad shows just how graceful she really is, both in motion and when put on the spot. The viral image of her falling on the stairs when receiving her first Academy Award has been turned into a stunning ad, which could easily accompany the real campaign that was released just a few days before the accident.

Created by Tumblr user i-nsan, the classy black and white Jennifer Lawrence Fake Christian Dior ad could easily be a still from a fashion film. Complete with a simple Christian Dior Paris logo, Refinery 29 hits the nail on the head when noting, "Here is a 22-year-old, who isn't perfect, but she looks ultra elegant even at her most vulnerable."
4.5
Score
Popularity
Activity
Freshness
Attend Future Festival