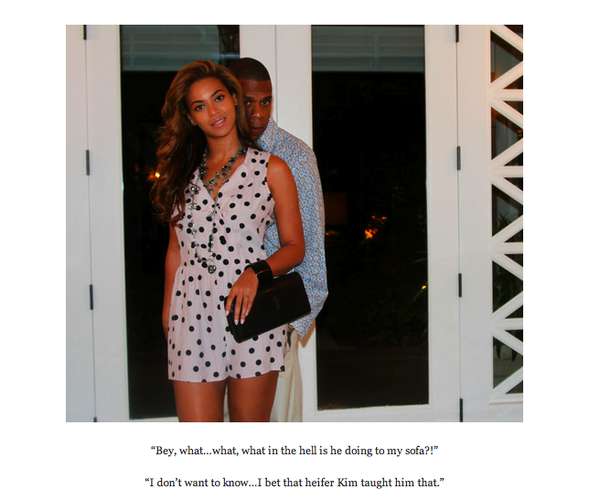 The 'Jay-Z and Beyonce Worry About Kanye' Tumblr is Hilarious

This spoof blog is a pop culture junkie's dream. Using famous, as well as relatively unseen paparazzi photos as the main content, the blog is image-heavy with a small fictional transcript under each photo. Often focusing around Kanye West's notoriously erratic behavior, the blog takes advantage of the star's infamous reputation. An addicting mix between Hollywood tabloids and parody, this is sure to blow up on the blogosphere.