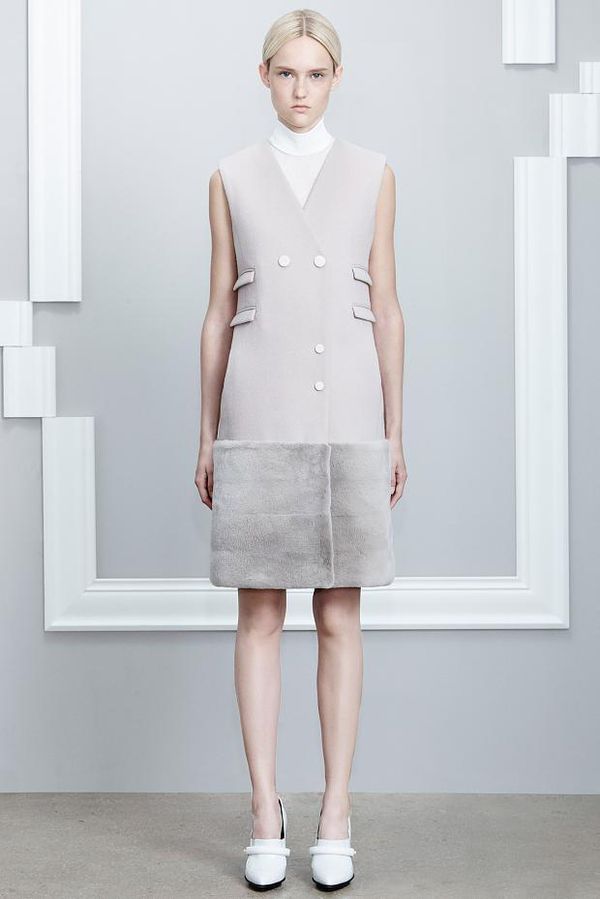 Meghan Young — June 11, 2014 — Fashion
References: jasonwustudio & style
Share on Facebook Share on Twitter Share on LinkedIn Share on Pinterest
The Jason Wu Resort 2015 collection is so crisply immaculate, the fashion is well suited for a woman who thrives on neat order. Interestingly, it was inspired by the work of German industrial designer Dieter Rams, who is famous for a set of austere record players and radios made for Braun in the late 50s and 60s. "Playing with a ladylike aesthetic with a new set of eye," he states, he references the Rams' chalky, neutral palette and understated plastic- or leather-covered hardware.

Clean and minimalist, the Jason Wu Resort 2015 collection is a departure from his previous lines. Style.com poses the astutely observed question, "Has his short time at Hugo Boss started to rub off on Jason Wu's own line?"
5.4
Score
Popularity
Activity
Freshness
Access Advisory Services