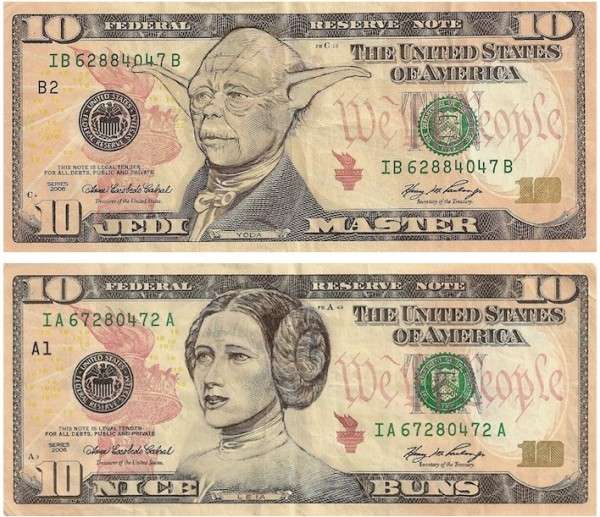 Corinne Guirgis — May 31, 2011 — Pop Culture
References: shootinggallerysf & trendland.net
Share on Facebook Share on Twitter Share on LinkedIn Share on Pinterest
The James Charles currency manipulations feature various and diverse celebrated pop culture icons from Oompa Loompas to Jimi Hendrix to Van Gogh and Sarah Palin. Whether political, artistic, musical or film icons, the money manipulations are humoristic interpretations of the dollar bill and the careers of the icons.

In addition to replacing Washington's face with the faces of these iconic figures, in place of the celebrated American slogan "In God We Trust," the bills feature slogans such as "Nice Buns" under the Princess Lea bill and "Pity the Fool" under the bill with Mr. T.

Humorous, creative, and artistically accurate in drawing and design, the bills arguably feature icons more relevant in today's world than the founding fathers featured on our everyday bills!
3.9
Score
Popularity
Activity
Freshness
Get Better and Faster