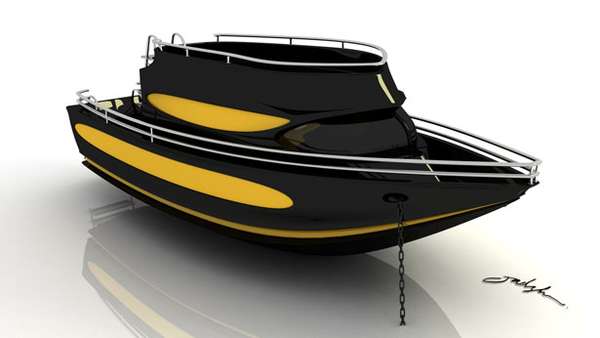 The J88 Yacht Trims the Fat Off Traditional Luxury Boats

The J88 Yacht is tiny compared to most luxury yachts. The J88 has two decks and a frame more reminiscent of a fishing boat than of a luxury yacht. Thankfully, the J88 Yacht looks like anything but a boat from 'Deadliest Catch.' The exterior of the J88 is simplistic and smooth, which lets the wealthy persons aboard travel from port to port in relative anonymity.

The world is going greener, and a byproduct of that greening is the downsizing of all means of personal conveyance, yachts included. A smaller yacht like the J88 would be cheaper and easier to maintain than the behemoth boats that are currently docked in the world’s richest harbors. Sometimes, smaller is better.
5.7
Score
Popularity
Activity
Freshness
Get the 2021 Trend Report FREE