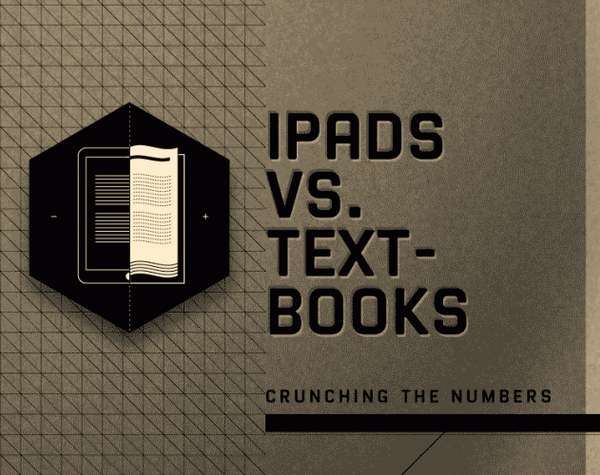 Marie C. Hudson — February 22, 2012 — Eco
References: onlineteachingdegree & dailyinfographic
Share on Facebook Share on Twitter Share on LinkedIn Share on Pinterest
On January 19, 2012 Apple released iBooks 2, allowing high school textbooks to be used and read on an iPad -- but as the 'iPads vs. Textbooks' infographic shows, the current cost of switching from paper to e-book is more than most American schools can handle.

While Apple's intro to the educational e-book world does offer schools and students many advantages, such as a drastic decrease in paper use and a much lighter backpack, the illustrated chart by OnlineTeachingDegree.com makes it apparent that the current cost of individual iPads is too high for a total iBooks 2 takeover. For new schools planning on implementing e-book use from the get-go, the infographic shows that new textbooks still cost substantially less, casting more doubt on the plan for iPad domination.

With nearly a third of working class families considered "low income," parents can't be expected to provide their children with iPads. Apple does, however, seem to be determined to change the world of educational textbooks in America, so as 'iPads vs. Textbooks' suggests, it "might just have something up its sleeve."
2.9
Score
Popularity
Activity
Freshness
Access Advisory Services