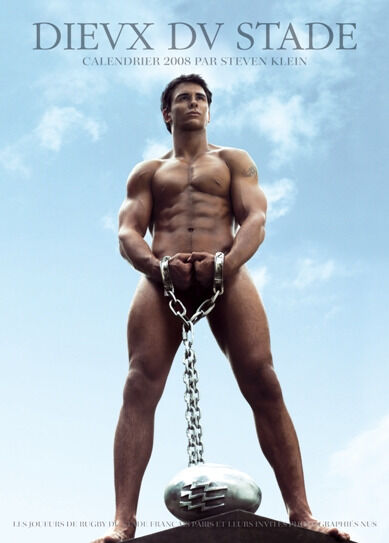 First came the French rugby players of Les Dieux du Stade, who have just released their ever-popular DVD of the making of the calendar.

Second were the student rugby players from the Sheffield Hallam Rugby Club, in England, have been publishing a cheeky calendar each year.
Their 2008 calendar has just been released.

Last are the Australians, in not one, but two 2008 naked rugby calendars: A League of their Own and Naked Rugby League.