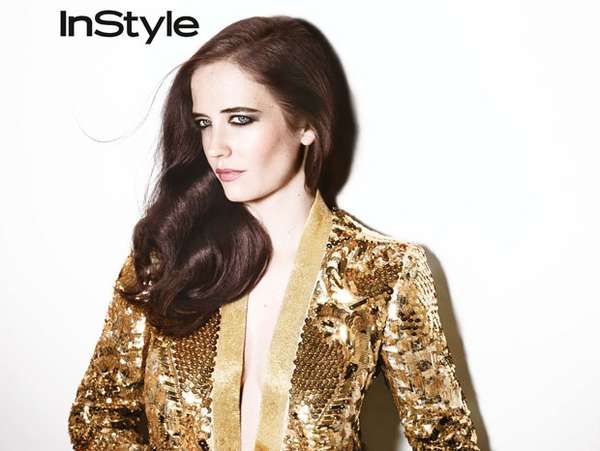 Jordy E — May 4, 2012 — Pop Culture
References: instyle & mean-and-proud.livejournal
Share on Facebook Share on Twitter Share on LinkedIn Share on Pinterest
The InStyle UK June 2012 cover will feature the critically acclaimed actress Eva Green. Green is now well-known for her roles in films like Casino Royale and The Golden Compass, and her on-set glamor oozes through this photoshoot. Titled 'White Mischief,' the images capture the young starlet in solid white and gold pieces, perfect for the coming summer months.

The glistening metallic blazer and studded ivory dress selected for the photoshoot did an excellent job of showcasing the pieces of iconic labels like Gucci, Givenchy and Tom Ford. In the English interview, she revealed that the selection of these designers was fitting with her own personal taste. Green stated that she is a Ford enthusiast herself, and is also fond of collections by Alexander McQueen, Christian Dior and Antonio Berardi.