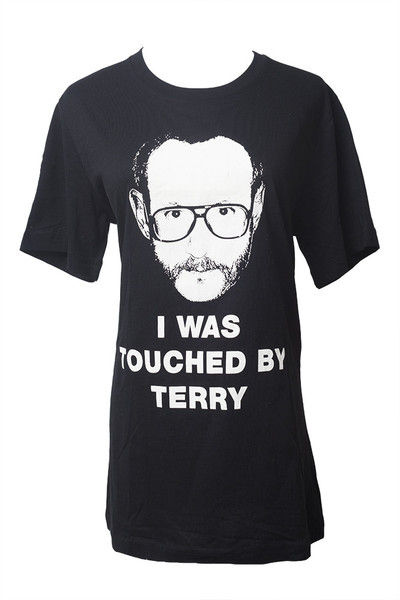 Vasiliki Marapas — October 18, 2014 — Fashion
References: christopherleesauve.bigcartel & shop.nylon
The 'I Was Touched By Terry' tee by Christopher Lee Suave pokes fun at the photographer's controversial reputation for exploiting the models he works with. The statement is accompanied by a close-up illustration of Richardson's face, creepy stare and all.

In recent years, many models have spoken up about the sexual misconduct that Richardson has displayed while working with them. Richardson has denied all of the allegations, forcing Hollywood and the fashion industry to choose sides in the matter. While Richardson continues to be supported by many fashion publications, couture houses and celebrities, he has also been blacklisted by several big name brands.

Though the shirt is intended to be funny, it's actually quite dark and disturbing.
4.9
Score
Popularity
Activity
Freshness