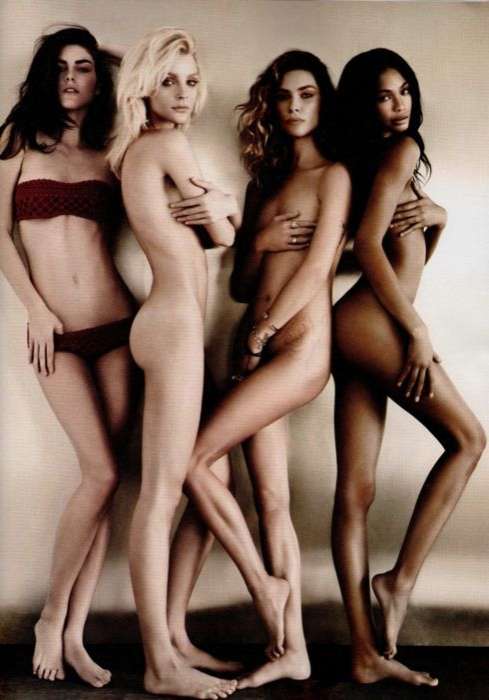 Regan Canie — March 2, 2011 — Naughty
References: id-mag & fashiongonerogue
The i-D Pre-Spring 2011 issue begins in a flirtatious way that includes winking cover models hamming it up in honor of the i-D logo, which reveals a winking smiley face when turned to the side.

The woman behind the cover of the i-D Pre-Spring 2011 issue is photographer Kayt Jones, who captures iconic models Chanel Iman, Hilary Rhoda, Jessica Stam and Erin Wasson using their hands and over-sized accessories to cover up risque regions. The shoot is a mix of color and basic black and white pictures, but they all equally emphasize the issue's tag line: “Increase the saturation, maximize the brightness, turn up the volume and scream if you wanna go faster.”

It may be a pre-Spring edition, but the pages of the i-D Pre-Spring 2011 issue definitely pack a summer-like heat!
5.7
Score
Popularity
Activity
Freshness