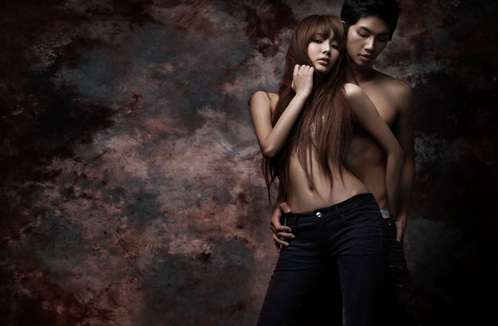 The semi-nude photos of Park Seo Jin, with her long hair or water covering her breasts, have caused people to question whether MNET’s ‘I Am a Model’ series is appropriate for underage models. The other area of concern is that in some of Jin’s ‘sexy’ photos, she was posing half-naked with a handsome young man. Cable and internet television shows do not have the same restrictions as regular TV; everyone is aware of this, including Park Seo Jin and presumably her parents.

Personally, I don’t think ‘I Am Model’ is to blame for the Park Seo Jin controversy. The series is in its fourth year, and nude and partially nude photoshoots are the norm. As stated in the excerpt below, most of their models are twenty and older. In my humble opinion, the responsibility should fall on Jin and her parents. It’s also worthy of note that Jin was already an up and coming singer and in video star before she entered into the ‘I Am Model’ reality series.

Now that news of Park Seo Jin’s partially nude photos have hit the internet, you can bet that the controversy will flood over into other countries. We Americans love to make moral judgments; this could end up being as controversial as the photos of Miley Cyrus taken by Annie Leibowitz for ‘Vanity Fair.’
5.6
Score
Popularity
Activity
Freshness
Get the 2021 Trend Report FREE