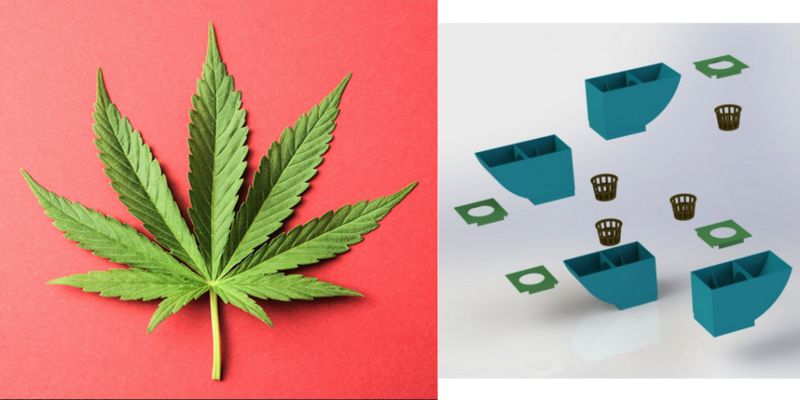 Laura McQuarrie — July 4, 2015 — Lifestyle
References: 3dponics & 3dprint
3Dponics is a company that has made its open source 3D printable hydroponics system available to the world. So far, some of its applications include STEM education, space farming and empowering the maker movement, but now the 3Dponics is focusing its latest efforts on medical marijuana.

The newest set of horticultural tools to be released for download by the company is a 3D-printable hydroponics system for medical marijuana, targeting people in the city who want a hassle-free experience with the drug. After assembly, the only interaction that is needed for growth is to fill the system's reservoir with water or nutrients on a weekly basis.

The components of the modular hydroponic system are designed to be assembled by snapping multiple pieces together, making it possible to create a system as large as you have the resources to 3D print.
5.5
Score
Popularity
Activity
Freshness