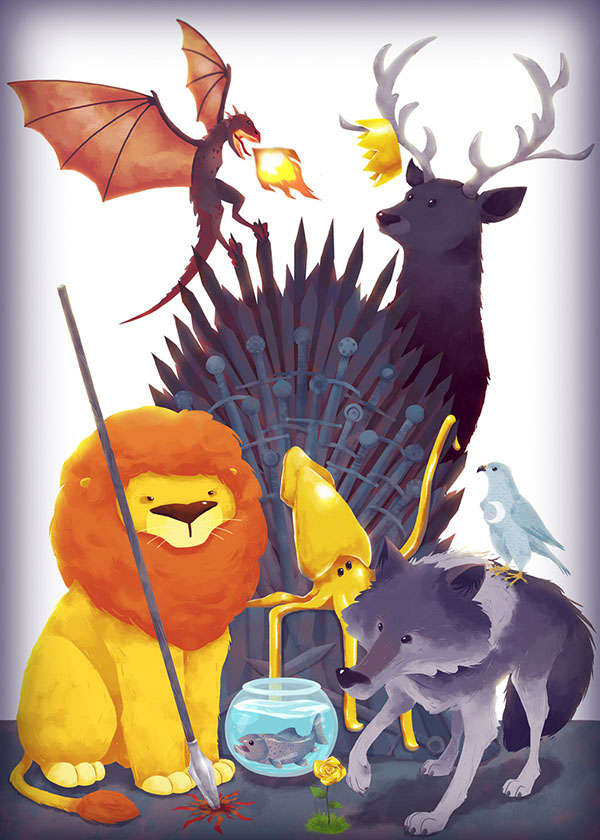 Children's Book-Inspired Drawings of the Houses of Game of Thrones

Ian Andrew Panganiban — April 24, 2013 — Pop Culture
References: elshangowuzhere.blogspot & andry-shango.deviantart
The warring houses of Game of Thrones will probably never get along with one another after what's transpired throughout the last seasons of the series. Designer Andry Rajoelina created a children's book-inspired illustration of the battling animal banners of the factions of the Westeros families.

All of the great houses are depicted in the juvenile recreations, from the Direwolf of House Stark, to a dragon -- which should be at three dragons -- from the House of Targaryen, all the major players are accounted for. The innocent, playful depictions of the house banners shy away from the bloody and violent nature that's synonymous with the George RR Martin fantasy series.

Images of cute and sweet creatures usually invoke happy thoughts, but in this case, there's a darkness surrounding the illustrations.