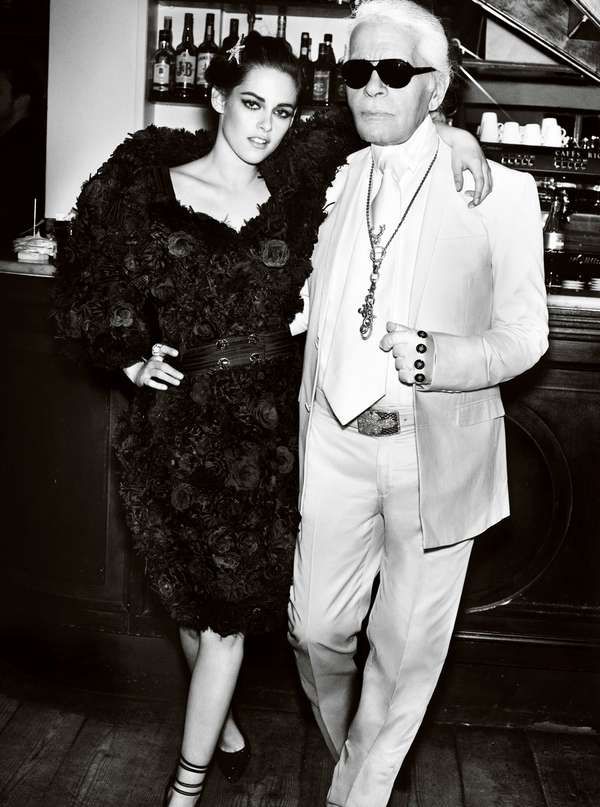 Jordy E — June 27, 2012 — Pop Culture
References: mode.newslicious.net
Share on Facebook Share on Twitter Share on LinkedIn Share on Pinterest
The July 2012 Vanity Fair 'Hollywood's Rebel Belle' editorial hones in on the most regal aspects of Twilight actress Kristen Stewart. Stewart has been immortalized for her work in the popular series, and she has here confirmed that in addition to her acting career, she is also capable of mastering an haute socialite role.

Hollywood's Rebel Belle was captured by none other than photographer Mario Testino. Testino is the instant go-to for the execution of celebrity spreads, working in the past with the likes of Emma Watson, Gwyneth Paltrow and Catherine Zeta-Jones. Stylist Jessica Diehl must also be recognized here as she opted for dropping bejeweled earrings, arguably fit for any queen, and billowing Victorian-era dresses. The icing on the cake is a guest appearance by fashion designer Karl Lagerfeld, offering the very cream of the crop for this Vanity Fair photoshoot.
3.4
Score
Popularity
Activity
Freshness
Access Advisory Services