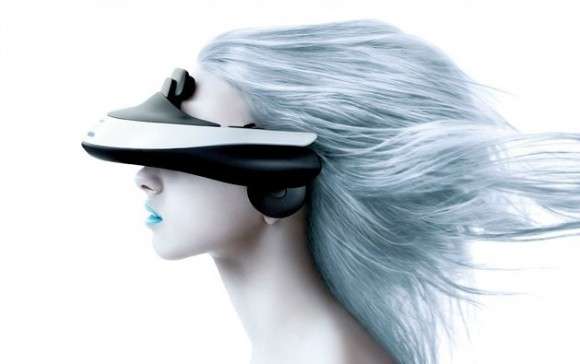 Omar Yusuf — September 4, 2011 — Pop Culture
References: gizmodo & slashgear
Share on Facebook Share on Twitter Share on LinkedIn Share on Pinterest
Sony's HMZ-T1 headset promises to block out reality entirely and transport you to a virtual world of your choosing. Simply strap on the gear, plug it into your BluRay player and say bon voyage to your comparatively boring life!

A pair of 0.7-inch OLED screens grace the frame of the headset, providing crisp 1280 x 720 resolution images. Thus far, consumer reports have compared the visuals of the HMZ-T1 to watching a gargantuan cinema screen from 60 feet away. And the best part is, you don't have to share the viewing experience with the noisy and obnoxious types who frequent movie theaters. In fact, you won't hear much of anything thanks to the surround sound audio that the headset provides. You could probably be in the midst of a terrifying hurricane and not notice a thing.

If the bizarreness of the HMZ-T1 doesn't make you shy away, its cost might: Sony intends to launch the device in November for a cool $800. But that's the price you pay for ultimate immersion.
3.1
Score
Popularity
Activity
Freshness
Jeremy Gutsche Keynote Speaker