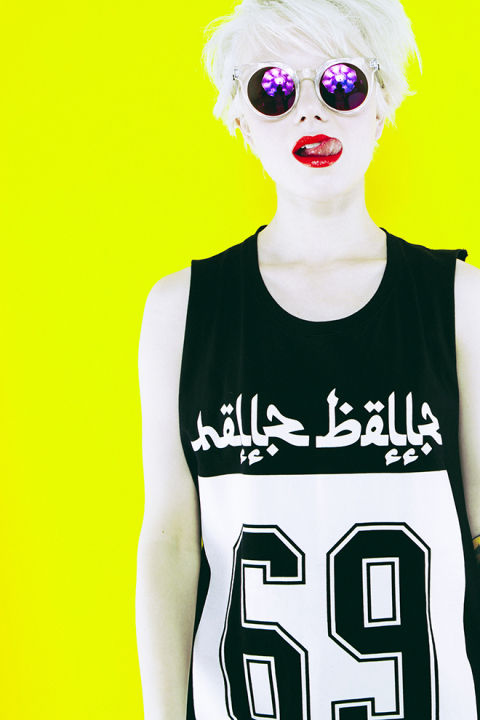 The collection, titled 'Too Weird to Live, Too Rare to Die,' features model Page Ruth "embracing her inner weirdo." Though, she rarely looks weird at all; she is gorgeous and simply looks like she is enjoying herself. She dons articles of clothing from the company like singlet tanks, graphic tees, funky white platform shoes and checkered leggings.

The playful shoot was captured by Taryn Anderson and depicts simplistic black and white-printed fashions in front of a monochromatic background. The colors are so bright against the model's pale skin, she almost resembles a silhouette.
6
Score
Popularity
Activity
Freshness
Get the 2021 Trend Report FREE