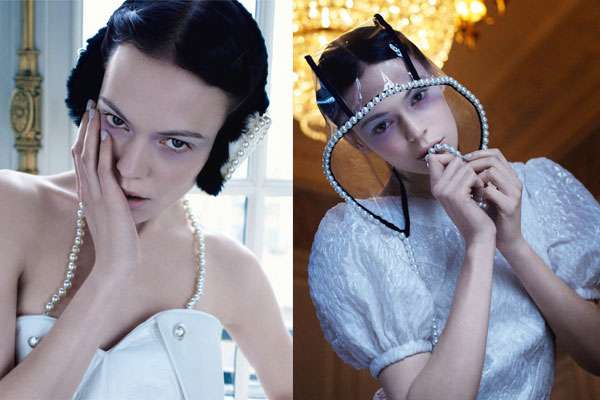 Meghan Young — March 10, 2012 — Fashion
References: facebook & fashiongonerogue
The Harper’s Bazaar Singapore 'Tres Belle' editorial features some fun takes on French fashion. Prim and proper as any Parisian woman is bound to be found, the editorial introduces some eccentric accessories to spice things up. For instance, a vintage rain bonnet has been given a cute touchup thanks to a string of pearls along its edge. Considering that the opening blurb reads, "A slice of Parisian life with adorable pearls, aquatic blues and shimmering silvers[...]," these playful interpretations are to be expected.