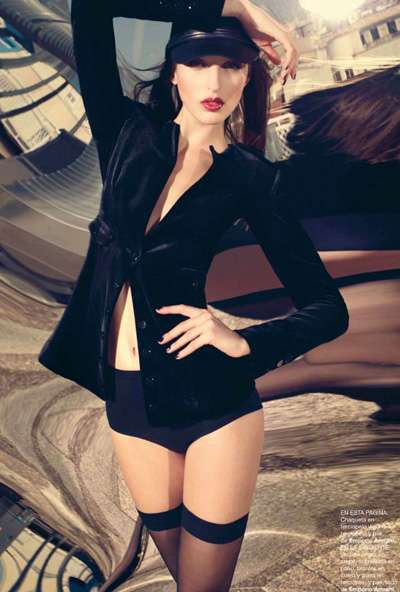 The Harper's Bazaar November 2011 Issue is Fiesty and Fresh

Marriska Fernandes — October 23, 2011 — Fashion
References: harpersbazaar.es & designscene.net
Black is the color of the season, as seen in the Harper's Bazaar November 2011 issue. It features siren Georgina Stojiljkovic posing with style and panache.

The November issue gets steamy and spicy as the model wears seductive black dresses and black nail polish. Captured by Xevi Muntane, the shoot is shot in a serene desert location. With simple black blazers and fur coats, Stojiljkovic manages to pose with ease and grace. Styled by Leticia Riestra, the spread comes alive with powerful intense shots, enhanced by the model's camel brown hair swaying away.

If you are among those who love a sweetly spiced-up editorial, then the Harper's Bazaar November 2011 issue will not disappoint. The bold, black trend is well on it's way to rise back in fashion.
3.7
Score
Popularity
Activity
Freshness