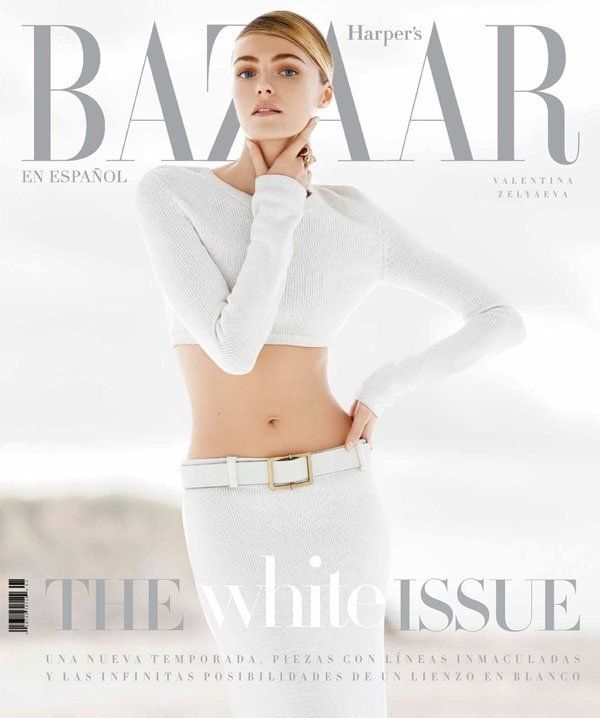 Meghan Young — January 14, 2014 — Fashion
References: harpersbazaar.mx & fashiongonerogue
Share on Facebook Share on Twitter Share on LinkedIn Share on Pinterest
The Harper’s Bazaar Latin America January 2014 cover shoot focuses on all-white ensembles that do the pristine season of winter justice, until it is no longer pristine at all outside. As fluffy snow turns into heavy slush, at least for those living in the Northern Hemisphere, the idea of alabaster ensembles will seem ludicrous. But it will give them hope for better weather in the near future.

Titled 'Clarida Absoluta,' which means 'Absolute Clarity' in Spanish, the Harper’s Bazaar Latin America January 2014 cover shoot was shot in studio by photographer Hans Neumann. It stars Russian model Valentina Zelyaeva, who was styled by Marina Muñoz in pieces from the likes of Calvin Klein Collection, Balenciaga and Chanel. The blonde beauty was perfected with a slicked back ponytail and barely there makeup.
6.1
Score
Popularity
Activity
Freshness
Get Trend Hunter Dashboard