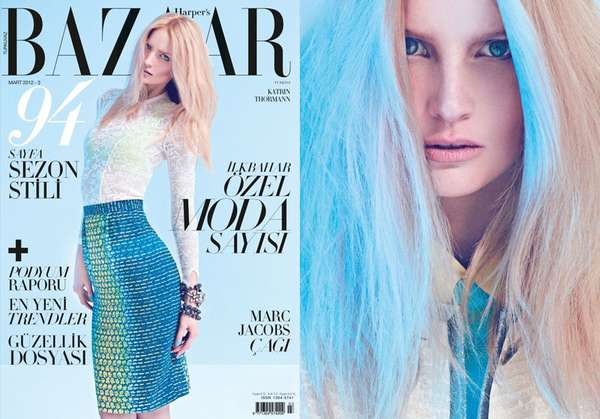 Meghan Young — March 2, 2012 — Fashion
References: harpersbazaartr.tumblr & fashiongonerogue
Share on Facebook Share on Twitter Share on LinkedIn Share on Pinterest
The Northern Hemisphere might be thawing out, but the Harper’s Bazaar Turkey 'Pastel Ruyalar' (Pastel Dreams) editorial is completely chilled. An icy photo shoot, to say the least, it accents the pretty pastel outfits perfectly. If an Ice Queen were to step into a prep school as a student, this is exactly what her wardrobe would look like.