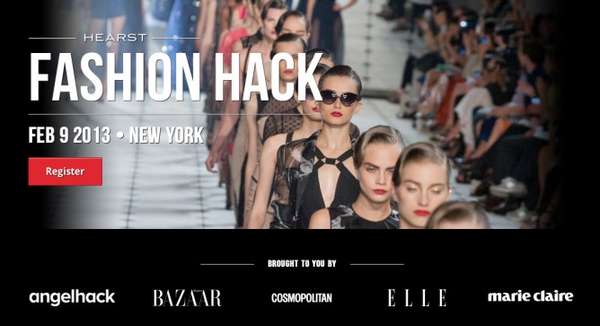 Jordy E — January 17, 2013 — Tech
References: fashionotes
This year's New York Fashion Week will be preceded by its much anticipated Hackathon 2013 event. The competition comes from a partnership launched between Google, Klout, Microsoft and Singly, enabling participants to make use of the leading tech forums.

Hackathon 2013 will take place between February 9th - 10th. The architects behind the contest will take cues from the online versions of Elle, Harper's Bazaar, Cosmopolitan and Marie Claire.

Only 24 hours will be given to the contestants. The person who takes home the award for most innovative smartphone application will also be provided with $10,000, VIP entry to New York Fashion Week and a mentorship placement with Hearst Magazines. The #HearstFashionHack hash tag will keep Twitter followers up to date.
0.5
Score
Popularity
Activity
Freshness

Health-Monitoring Apps
What's My Heart Rate? Measures Simply by Looking at Your Phone

Digital Massage Ensembles
The eSSage Suit Allows You to be Massaged by Anyone, Anywhere