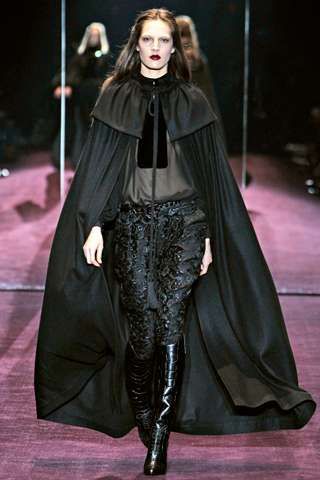 The Gucci FW 2012 Collection Enhances a Forceful Ideal of Femininity

Leather coats and velvety gowns dress up the goth-baroque looks. Aside from its strong and forceful character, the collection emanates a deep sense of femininity typical of an independent, contemporary woman. Romanticism still plays its role and can be found among the folds of full-length gowns or in the sumptuous velvety textures of the Gucci FW 2012 line, recalling the Victorian era.

The archetypal idea of a modern woman comes out in this line from the iconic designer, who identifies her as a strong, luxuriously decadent, confident person.
5.4
Score
Popularity
Activity
Freshness
Access Advisory Services