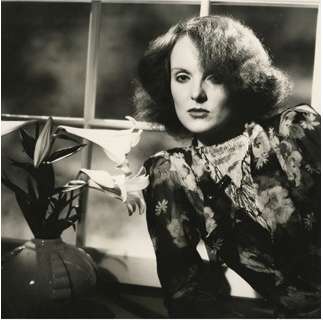 These Grace Coddington Willie Christie Shots Capture the Legend at 30

Corinne Guirgis — August 10, 2011 — Fashion
References: vogue & fashionista
Share on Facebook Share on Twitter Share on LinkedIn Share on Pinterest
The Grace Coddington Willie Christie romance was a legendary one where the famed fashionista, who moved from model to Vogue editor and everything in between, was captured by her ex-husband in the peak of their romance. Though they were only married for four short years, Christie still claims Coddington to be one of his favorite subjects, an exceptional compliment from the famous photographer who has shot only legends since the start of his career.

"I never actually worked with Grace during her life as a professional model," Christie told Vogue. "By the time that she gave me my first Vogue shoot with Marie Helvin in 1974, she had long become the creative force working in the fashion room at Vogue." The photos, which capture the fashion legend at the tender age of 30, will be a part of a new exhibition to be unveiled in September at The Ivy Club, which will also feature famous faces in Christie's collection of models Lynn Kohlman, Jerry Hall and Marie Helvin.

Implications - In the vast realm of fashion photographs that exist, vintage, undiscovered ones of iconic names and faces from decades past are the most powerful and buzz worthy. Certain photographers and models are commemorated in history for their significant influence on fashion, and consumers are attracted to the undiscovered gems from their past that tell fashion's story.
3.8
Score
Popularity
Activity
Freshness
Get the 2021 Trend Report FREE