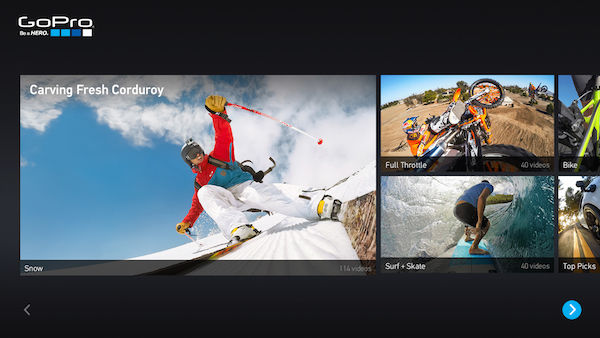 Alyson Wyers — January 6, 2015 — Tech
References: gopro
The new GoPro app offers exclusive content only to those with a LG Smart TV. The new GoPro Channel app lets them engage with playlists and browse some of the best GoPro videos captured around the world. GoPro's partnership with LG lets them showcase their video entertainment while the webOS Smart TV technology amplifies the quality.

More than 400 hours of video content will be made available through the GoPro app, with over 20 playlists, mind-blowing POV shots and right in the action imagery from wildlife to wondrous parts of the world. The high quality, on demand videos are not only available now, but also include footage shot with the HERO4 Black (which GoPro refers to as its most advanced camera yet).
1.5
Score
Popularity
Activity
Freshness