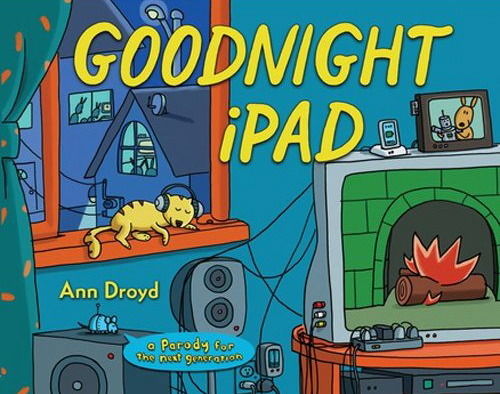 Goodnight iPad is a Parody of the Legendary Book Goodnight Moon

Susan Keefe — November 9, 2011 — Pop Culture
References: laughingsquid & fancy
Share on Facebook Share on Twitter Share on LinkedIn Share on Pinterest
The classic children's book Goodnight Moon gets a tech-savvy makeover with this playful parody cleverly entitled Goodnight iPad. Originally written in 1947, Goodnight Moon features a sleepy set of rabbits in a calming room punctuated with pieces of furniture and other items that each deserve a heart felt goodnight. Many adults grew up with this classic and have passed the soothing story onto their children. This playful redesign Goodnight iPad showcases just how much the world has changed.

Goodnight iPad was written by author David Milgrim under the hilarious alias of Ann Droyd. Instead of saying goodnight to that same old boring bowl of mush, Ann Droyd has the readers saying goodnight to Facebook friends, YouTube videos, a big screen LCD and, of course an iPad. Instead of the famously serene room of the original, Goodnight iPad creates a hub bub of beeps, buzzes and other obnoxious noises, creating a completely and rather undesirable environment.

Hilarious and strangely nostalgic, Goodnight iPad is sure to give those who grew up with the original a good chuckle.
1.3
Score
Popularity
Activity
Freshness
Attend Future Festival Virtual