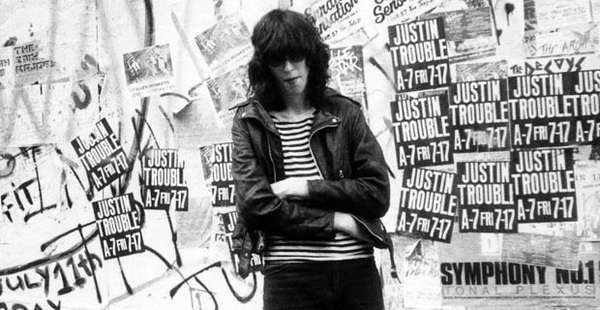 The Godlis CBGB Photographs Are a Valuable Time Capsule

Jordan Sowunmi — August 6, 2011 — Fashion
References: godlis & lifelounge.au
Share on Facebook Share on Twitter Share on LinkedIn Share on Pinterest
Looking through photographer Godlis' CBGB photographs is like stepping into a time machine and heading to the epicenter of American punk rock and New Wave of the early 1970s. CBGB is credited with being the venue that helped break many bands who eventually became major parts of American rock history, including the Ramones, the Talking Heads, Blondie, and the Patti Smith Group.

Looking through Godlis' CBGB photographs, it's hard not to be completely enthralled by the world of 1970s New York and rock music. My favorite image in the Godliss' CBGB collection is a tough looking shot featuring Patti Smith in one of the classic punk uniforms of the time period -- leather jacket, black sunglasses, and searing attitude.

All of the Godlis CBGB photographs were snapped on a 35mm Leica camera, giving the shots an authentic vintage touch.

Check it out and try to be half as cool as any of the subjects in the collection. They represent the style and attitude of a generation.
4.8
Score
Popularity
Activity
Freshness
Jeremy Gutsche Keynote Speaker