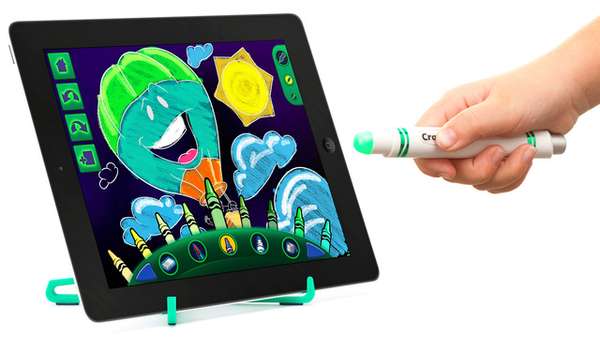 This Crayola Device Turns the iPad Into an Interactive Coloring Book

Most people wouldn’t want to give their kids an iPad for fear of damaging the screen, and even using a stylus won’t prevent kids from smudging and possibly damaging its surface. Griffin’s Crayola-branded iPad marker fixes all those worries.

In this case, the glowing tip of the marker actually functions by being detected with the iPad’s front facing camera. Kids can use the included app to draw pictures, connect dots, solve clever puzzles and play motion-controlled games with the device. The only catch is that the iPad in use has to be a model with a front facing camera, which is any model iPad after the first batch.