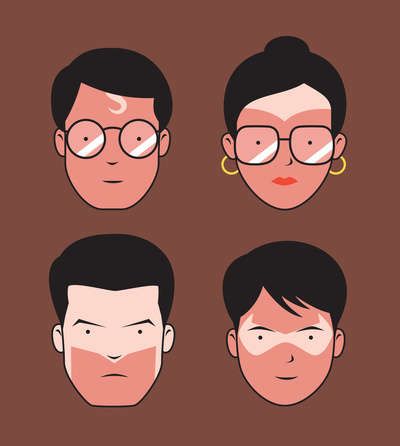 Paul Maccarone — July 30, 2013 — Pop Culture
References: society6 & laughingsquid
Share on Facebook Share on Twitter Share on LinkedIn Share on Pinterest
Mike Jacobsen, also know as 'SeeMikeDraw,' has created some funny superhero portrayals that take a humanistic approach to masked vigilantes. The clever illustration captures the superheroes after a long day of fighting crime in the sun. Unfortunately for them, they forgot to wear sunscreen lotion, so their tan lines are exposing their hidden identities.

Batman, Robin, Superman and Superwoman are all shown with tan lines that highlight their iconic masks. Jacobsen shows his incredibly creative imagination with this piece as the concept is both easy to miss and yet, very logical. You never see any of these superheroes applying any sunscreen before they head out to fight crime across the various media channels they're depicted on. Only makes sense that they, like the rest of humanity, would in fact get sunburns. Using superb vector art abilities, the funny superhero illustrations are quite ingenious.
5.7
Score
Popularity
Activity
Freshness
Get the 2023 Trend Report FREE