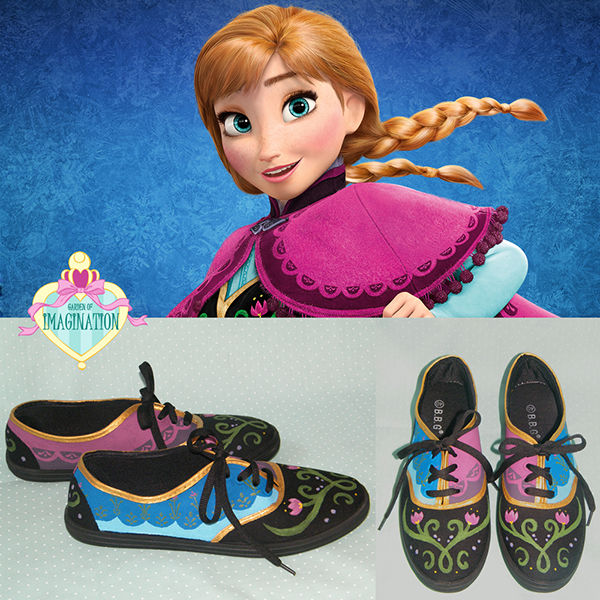 Striking a cord with both children and adults alike, Frozen has become one of Disney's most popular cartoon movies, featuring story lines and musical numbers that have instantly become fan favorites. Offering a unique collector's item for fans, these Frozen-inspired shoes pay tribute to the character Anna from the film, featuring hand-painted designs that replicate her distinct outfit. Allowing fans of the film to get into character in a more subtle manner, these Frozen-inspired kicks are a fun and creative way to showcase your utmost admiration for this wonderfully enchanting Disney film.

If you happen to prefer Anna over Elsa, then these wonderfully detailed shoes are just for you.
4.8
Score
Popularity
Activity
Freshness
View Innovation Webinars