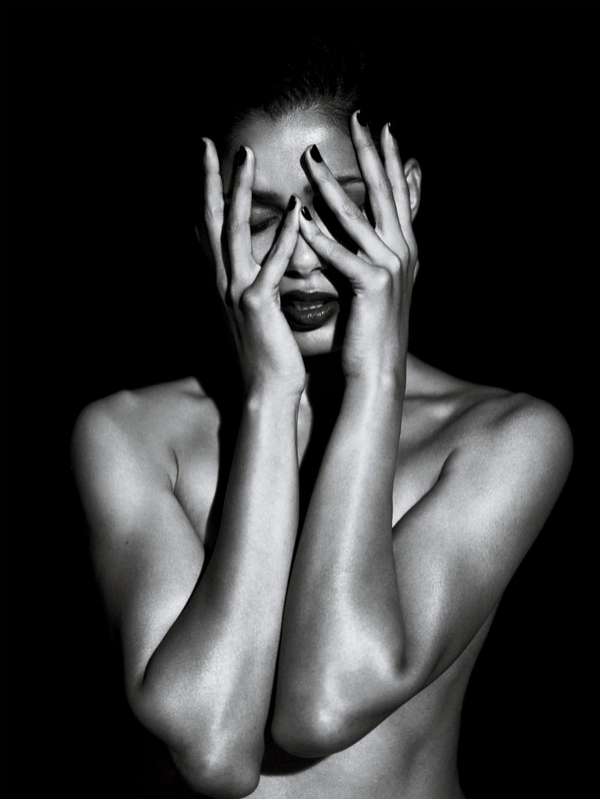 Corinne Guirgis — July 26, 2011 — Fashion
References: forums.thefashionspot & fashiongonerogue
Share on Facebook Share on Twitter Share on LinkedIn Share on Pinterest
Frieda is on fire with the Freida Pinto August 2011 Interview Magazine cover shoot showing off just how sexy the Slumdog star can get. Forget the quietly seductive star you all remember, Pinto is fiesty, edgy and all kinds of seductive in this story shot by Mert & Marcus and styled by Karl Templer. For the spread, Templer chose a variety of styles from Versace, Stella McCartney and Christopher Kane among others, and Frieda steals the show with each of them in these black and white portraits that will melt your hearts and eyes.

The interview sheds much light on the Actress' career, celebrated romantic life with fellow Slumdog actor Dev Patel, what she envisions for her future, and her troubles with race in the film industry. "I can't imagine race being a problem," she says, "I'm not trying to play the queen of England!" I wouldn't be surprised if she did land herself that role; the actress shows off in this telling interview how truly fearless she is. All I know is, Dev Patel is one lucky man!

Implications - In the film industry, race is often a confining factor to an actor's career, especially after releasing a major blockbuster whose plot and story is based around it. Interviews and photo shoots such as this one are a major step in overcoming this obstacle and achieving film and fashion icon status in the Western world.
6.7
Score
Popularity
Activity
Freshness
Get Better and Faster

Paparazzi Fametography
'Can You Digit?' Explores the Future of "15 Minutes of Fame"