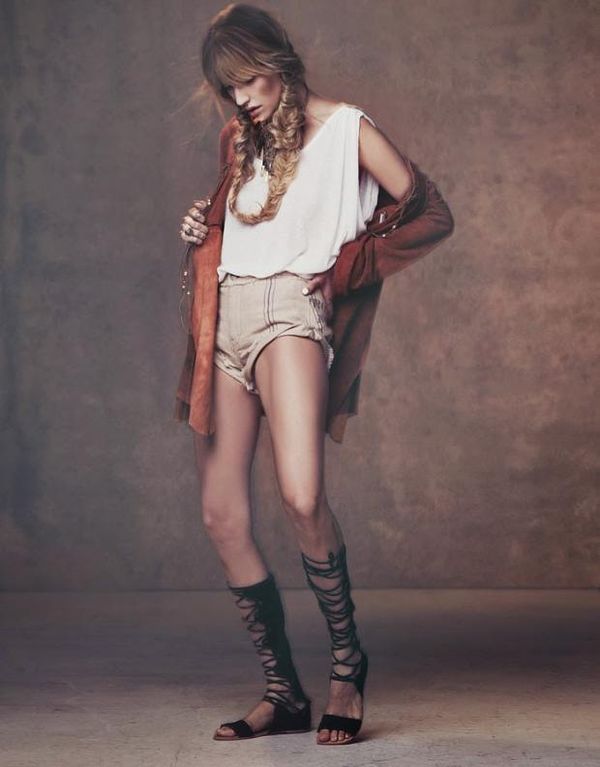 Meghan Young — April 2, 2014 — Fashion
References: freepeople & fashionising
The season of music festivals is almost upon people and that means figuring out one's wardrobe sooner rather than later with the Free People Festival 2014 lookbook. Although there is an undeniable carefree appearance about such ensembles, it is obvious that girls ironically take a lot of care to look that way. From their messy braids to their loose layers, it has all been artfully put together just like the outfits in the Free People Festival 2014 lookbook.

Nailing bohemian chic as only this fashion label can, the Free People Festival 2014 lookbook is chock full of fringe, flowy dresses and short shorts. Although shot in studio, it is easy to imagine the riot of people, colors and sounds surrounding these modern hippie outfits. Of course, the model is very mellow.
6.5
Score
Popularity
Activity
Freshness