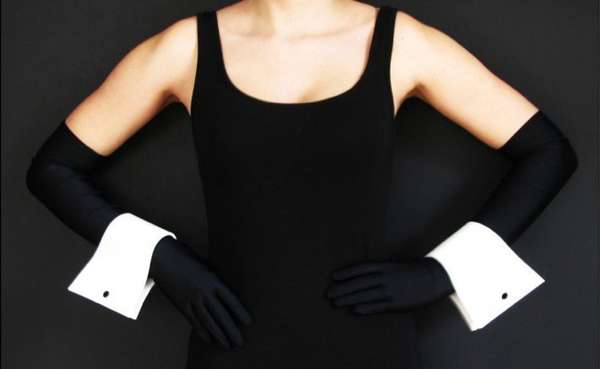 Amelia Roblin — April 18, 2013 — Fashion
References: eng.diana-sokolic.hr & adesignaward
While watching a Fred Astaire film on television, designer Diana Sokolic was inspired to create a striking women's accessory based on the cuff of the performer's sleeve. The Fred Bracelet was born as a pair of independent armbands that do not require the rest of the shirt to be worn.

A light, white, billboard-grade plastic was used to make the stiff looped forms of the matching wrist adornments. The material has been cut into strips that flare towards the ends, which have been fastened together by black button cufflinks.

The best way to wear the Fred Bracelet is to allow it to complement a relatively basic ensemble. A black dress, perhaps, and even bare arms would make the the iconic masculine jewelry really stand out.
2.8
Score
Popularity
Activity
Freshness