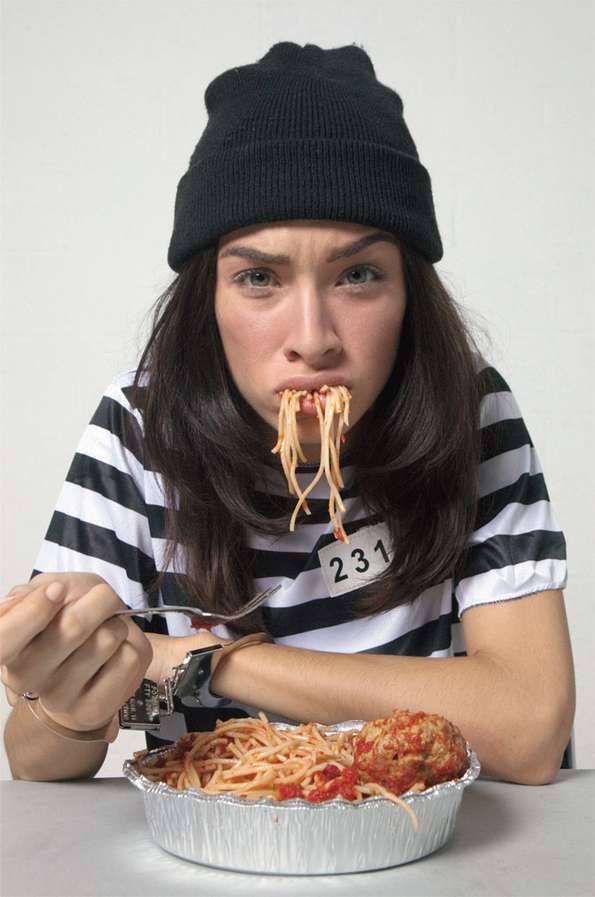 Marie C. Hudson — December 2, 2011 — Pop Culture
References: vice & vicemag.tumblr
Share on Facebook Share on Twitter Share on LinkedIn Share on Pinterest
Vice Magazine has widely become recognized as a publication that caters to an audience with a passion for what some might consider odd, obscure and even offensive (but always interesting) journalism, so it comes as no surprise that former inmate Amanda Knox would be the subject of a Vice photoshoot, titled ‘Foxy Knoxy: Free at Last.’

Shot by Richard Kern, the shoot captures model Emily Wilson in a variety of imagined scenarios Knox might have found herself in during her 4-year incarceration and after her release. Even taken out of context, the shots are difficult to resist, and blend just the right amount of tongue-in-cheek humor with relevant world issues.

Whether you’re a fan of Vice, or ‘Foxy Knoxy: Free at Last’ is your first encounter with them, these shots by Kern will definitely leave a lasting impression.
3.9
Score
Popularity
Activity
Freshness
Get Better and Faster