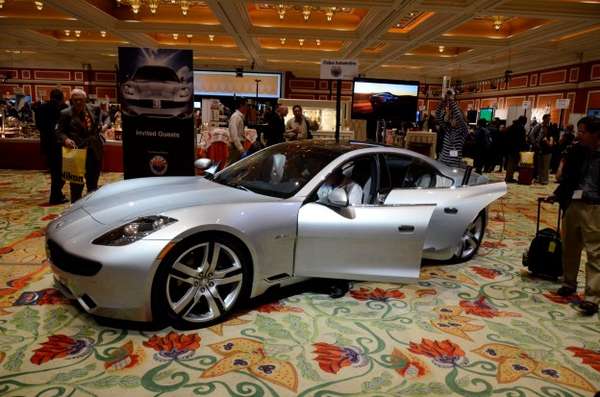 Josh Mears — January 13, 2012 — Autos
References: fiskerautomotive & mashable
Share on Facebook Share on Twitter Share on LinkedIn Share on Pinterest
Introduced during the Consumer Electrics Show 2012 in Las Vegas, the Fisker Karma is the latest and greatest in elegant electrical car concepts. The Production planned car is a hybrid; it runs on both sole electric and fuel-supported electric. Shifting between the two modes is as simple as shifting a paddle.

This eco-friendly vehicle is equipped with large solar panels on its roof, to optimize energy through solar intake, which boasts to be the most productive of its kind. Fisker Karma is said to have an optimal output of 50 miles per charge allowing drivers to feel carefree.

Although this is an electric car, the most alluring aspect of it is without a doubt, its sleek and elegant design that is sure to turn heads. The Fisker Karma is the epitome of modern-day luxury; both stylish and sustainable, this car is sure to get your engine going.
2.9
Score
Popularity
Activity
Freshness
Access Advisory Services