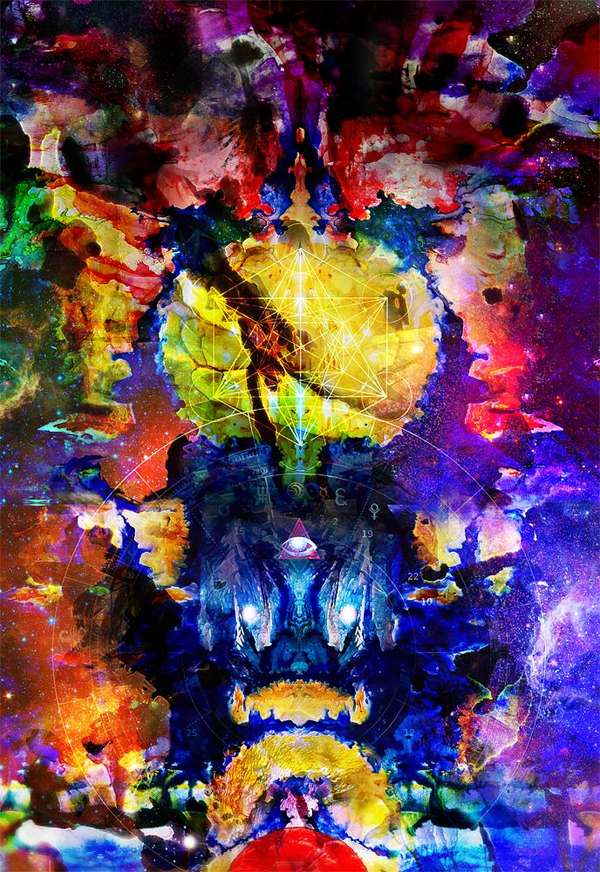 Jason Soy — November 18, 2011 — Art & Design
References: fmacmanus & fmacmanus.deviantart
Finnian MacManus pretty much has the coolest name I've ever heard, but did you also know that he's the artist behind these amazing kaleidoscopic paintings? The Chicago, Illinois illustrator is world renowned for creating masterful pieces using a variety of media to depict anything from the cosmos to obscure Greek deities. Abstract? You bet! But also highly visually stimulating and engaging.

It's extremely difficult to describe Finnian MacManus' art style as it greatly differs from one piece to the next. Sure, similar motifs and themes related to space are still there, but one minute you'll get a crisp digital painting of an otherworldly fortress and the next you get a Yoshitaka Amano-esque watercolor piece that's chaotic visually, but masterfully executed. To be able to excel at all these different styles speaks of MacManus' talent as a true visionary.
3.6
Score
Popularity
Activity
Freshness