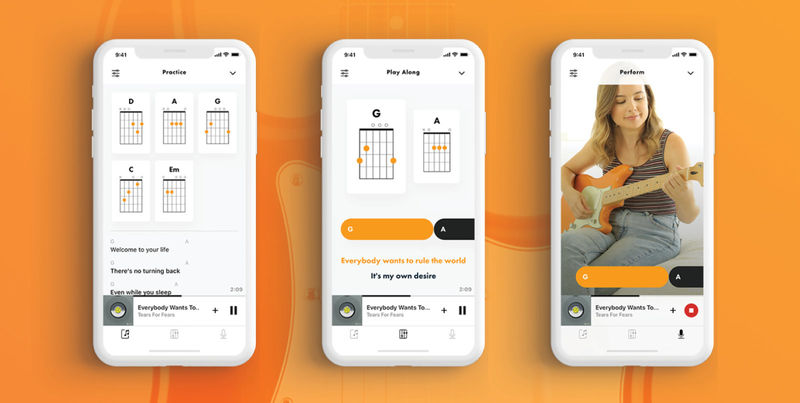 Daniel Johnson — October 28, 2019 — Tech
References: fender & engadget
Share on Facebook Share on Twitter Share on LinkedIn Share on Pinterest
Fender has launched its Fender Songs platform and has also integrated it with Apple Music. Fender Songs is essentially a library of chords, where users could learn to play a song. Users can also scroll through the chords on a display, that moves along with the song. In order to access the chord book, users will have to have an Apple Music account.

The app is priced at either $42 a year or $5 for a month. The price is due to the fact that Fender had to collaborate with artists, labels, as well as Apple in order to create Fender Songs. This means that the chord book is endorsed by the people who created the music.

Fender has a history of working in spaces away from traditional guitar manufacturing and sales. Previously the company launched an app, titled Fender Play, that offered subscription-based guitar lessons.