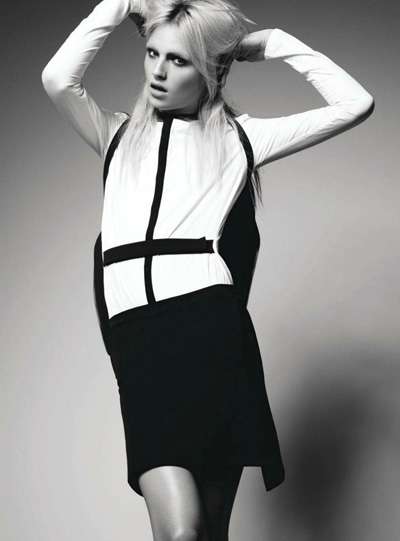 In the editorial, Pejic models a series of mod-look pieces by Canadian designers, including a slick white shift dress and platform heels by Thomas Tait, a cool white jacket and trouser combo by Dennis Gagnon and a printed turquoise ensemble by Calla, which Pejic quips, is like "Golden Girls on crack." Pejic also models a bold pink frock, describing it as "Barbie realness," although it's not quite his taste.