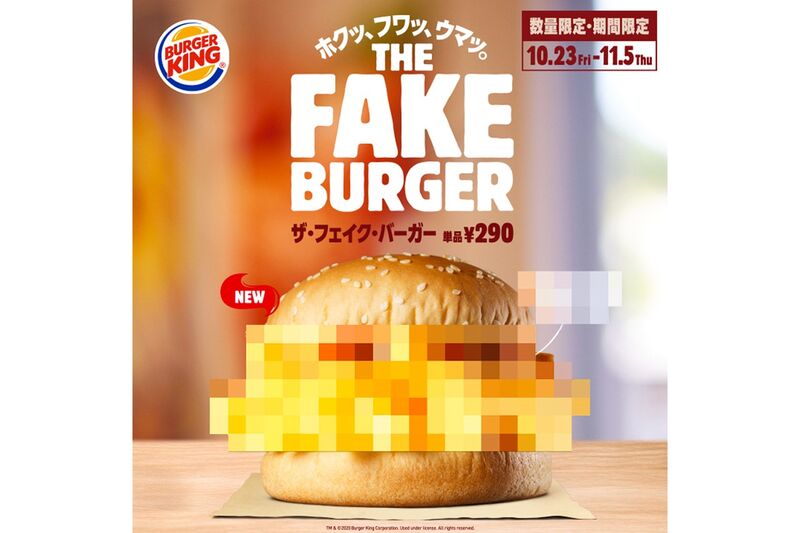 Featuring a bun with completely blurred out toppings, the promotion highlights the date that the new burger will make its debut, but offers no other information. In a translated press release from Burger King Japan, the company states "[We] can’t tell you the details of the taste and contents yet, but once you eat it, you will definitely be addicted to its deliciousness."

While the toppings will remain a mystery until the Fake Burger is released, consumers will be able to try it for themselves starting on October 23rd. As a limited edition release, the burger will only be available for two weeks and is exclusive to Burger King's Japanese locations.