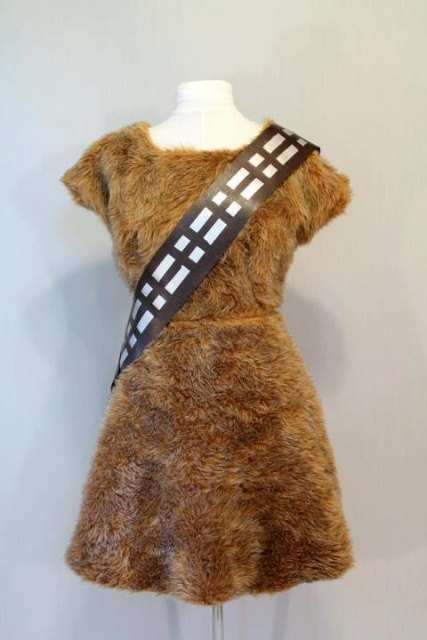 The Ewok Dress is the Pinnacle of Geeky Party Attire

Michael Hines — June 8, 2012 — Fashion
References: etsy & technabob
The bar on geek fashion has officially been raised by the Ewok dress. The Ewok dress is exactly what it sounds like: a dress designed to make you look exactly like the cuddly, and occasionally violent, Ewoks from Star Wars.

The Ewok dress was created by Etsy merchant Crissy Baker of Nerd Alert Designs. The dress is made to order, and comes complete with a set of furry shoe covers. The dress comes with special accessories, including a hood complete with fuzzy ears and a leather bandoleer, in case you find yourself in a Wookie sort of mood. The entire set sells for $150, which is a small price to pay when you consider the fact that the Ewok dress is really two costumes/a prom dress.
4.5
Score
Popularity
Activity
Freshness