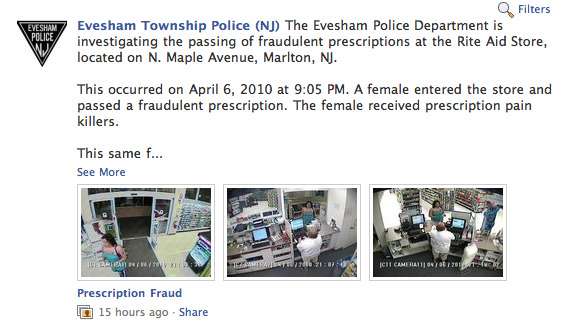 Yet the Evesham Police Department has stirred up quite the controversy, namely about privacy issues. The name and shame game may help deter crime, but is it against the law? As Bernard Bell, a law professor at Rutgers University, surmises, "There might be a potential defamation claim where posting a picture and information was negligent and the suspect isn't a public figure."
2.6
Score
Popularity
Activity
Freshness
Access Advisory Services