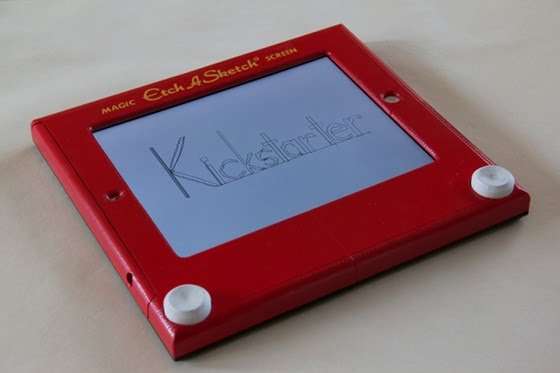 The Etcher: Etch-A-Sketch for iPad Combines Old and New Technology

The kickstarter project is different from other similar inventions as it is not only a nifty-looking tablet protector deigned to keep the iPad safe from wear-and-tear, but it is also the first sketch toy case that is also fully functional.

Created by Ari Krupnik and a team of nostalgic designers, the cover slides over top of the tablet and operates exactly the way that one remembers. By tweaking and spinning the two, white knobs an instant Picasso the user becomes. An added bonus of this creation is that one can save and share their masterpiece with friends, family and online followers rather than having their drawing lost forever after the screen gets all shook up.
2.5
Score
Popularity
Activity
Freshness
Get the 2021 Trend Report FREE