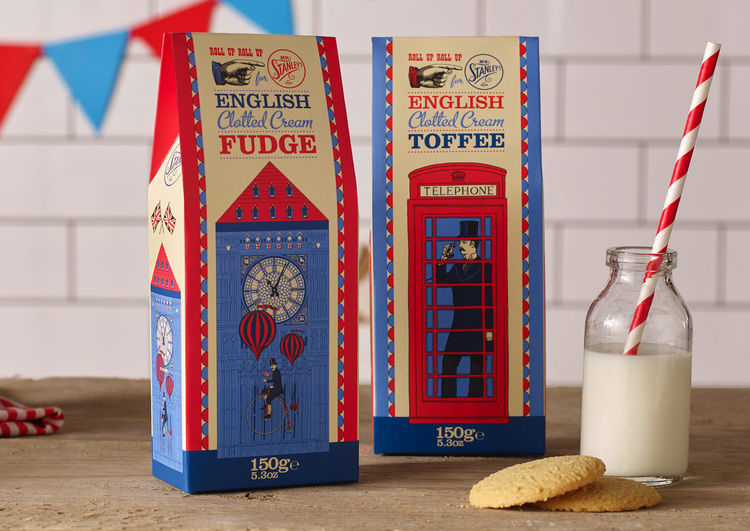 These Desserts are Adorned with Stereotypical British Illustrations

When thinking about Britain, some of the imagery that comes mind for people who are not English is of telephone booths, grand architecture, tour buses and the English flag. These are the same images that the artists chose to cover the tins and cardboard packaging of Mr. Stanley's English desserts. The brand includes different desserts that English people often eat while drinking tea -- including biscuits, toffee and fudge. The cream-colored, red and blue packaging of these desserts has been designed to appeal to international markets that might find the imagery charming.

England is a country that is often romanticized and Mr. Stanley's takes advantage of that fact by using stereotypical and nostalgic imagery to market itself to non-English people.
2.3
Score
Popularity
Activity
Freshness