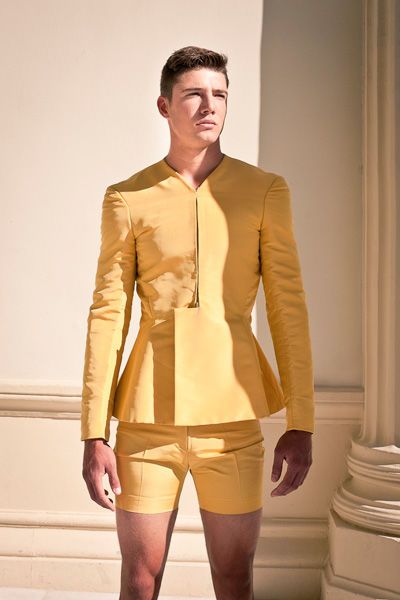 The Enfants D'Honneur for Odda Magazine Editorial is Architectural

From sleek-suited separates to impeccably tailored outerwear, this future-friendly editorial reinvents classic menswear styles, giving them a feminine flair that dares to stand apart from the crowd. Captured by the lens of photographer Rainer Torrado, the model trio poses against Neo-Classical architectural accents, proving that style is in the details.