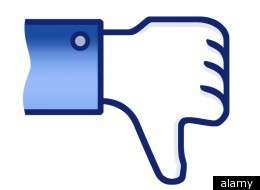 Jordy E — March 30, 2012 — Tech
References: apps.facebook & huffingtonpost
Share on Facebook Share on Twitter Share on LinkedIn Share on Pinterest
A tech team from the University of Texas at Dallas has released the emerging ‘EnemyGraph’ Facebook application, a tool that seeks to provide a space for negative feedback on the burgeoining social network. In spite of Facebook’s positive framework -- evidenced by its ‘like’ button feature and the concept of a ‘friend request’-- many users of the online platform have spoken out about their desire for disdainful expression.

The EnemyGraph has responded to these Facebook qualms by providing a public opposition platform. Launched on March 15th, the device has already amassed over 20,000 supporters.

Users of the EnemyGraph app are invited to place members of their existing friend list into their enemy file, along with public figures and/or company pages, thus allowing for both political and sociological displays of opposition. ‘Racism’ and ‘Facebook Timeline’ have so far been among the EnemyGraph’s top enemies, and while that list is still growing, the concept of sending out an ‘enemy’ request may begin to take shape.