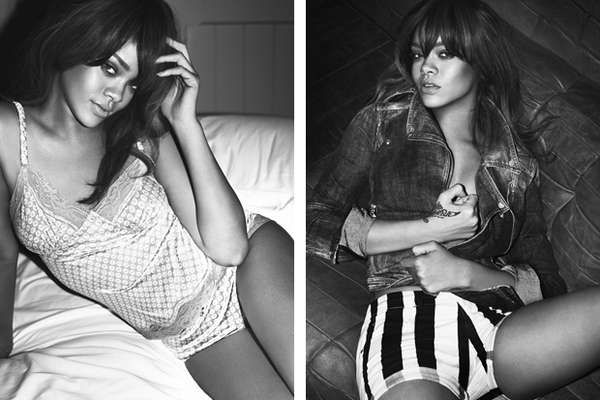 Meghan Young — January 20, 2012 — Fashion
References: armani & hypebeast
Share on Facebook Share on Twitter Share on LinkedIn Share on Pinterest
Once again, Rihanna shows some skin for the Emporio Armani SS12 campaign. Although she may be turning her sultry siren side on high, the ad campaign is softly sexy instead of boldly provocative. Rihanna is seen lounging about in lacy lingerie in the bedroom and curve-hugging denim in the living room.

Shot in Dublin, Ireland, by fashion photography duo Mert & Marcus, the Emporio Armani SS12 campaign is much more candid and natural than the label’s Fall 2011 ad campaign, which saw Rihanna donning a pixie-cut blond wig and involving herself in a somewhat seedy deal. Nevertheless, these images are still in line with last year’s direction since it revolves around monochromatic visuals with a rock-inspired aesthetic.