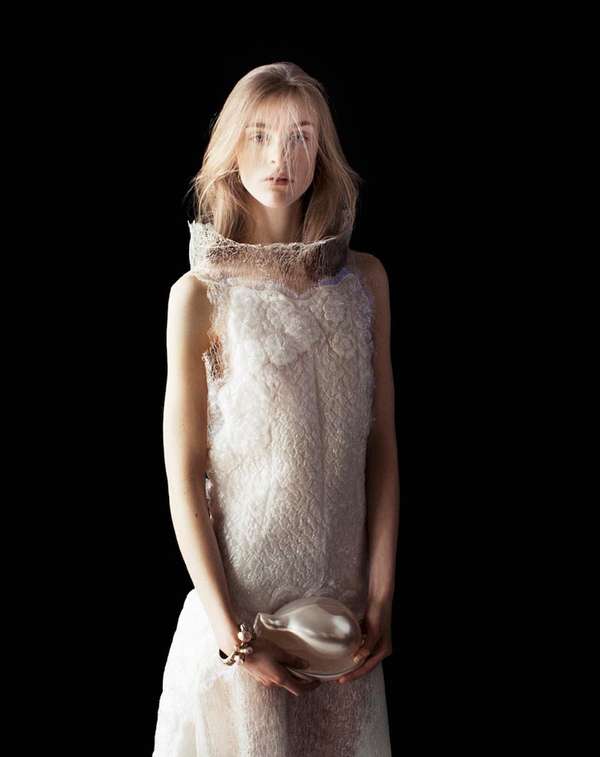 Meghan Young — June 12, 2012 — Fashion
References: elle.se & fashiongonerogue
The ELLE Sweden June 2012 editorial showcases elegant ensembles that are at once ethereal and avant-garde. As though made for the modern age angel, the outfits are divine and romantic while also being atypically stiff and structured. The juxtaposition between gossamer and feminine materials such as lace and sheer fabrics with strictly tailored silhouettes adds a different spin to their often stereotypical existence.

Lensed by Julia Hetta, the ELLE Sweden June 2012 editorial showcases her pension for dark, Victorian-like portraitures. It stars model Hedvig Palm. The Swedish beauty was styled by Mattias Karlsson, who concentrated on giving her an otherworldly grace by way of pieces from such labels as Alexander McQueen, Chanel, Gucci, Valentino and Dolce & Gabbana. The sparkling metallics and ruffled tops were complemented with hair by Erika Svedjvik.
6.7
Score
Popularity
Activity
Freshness