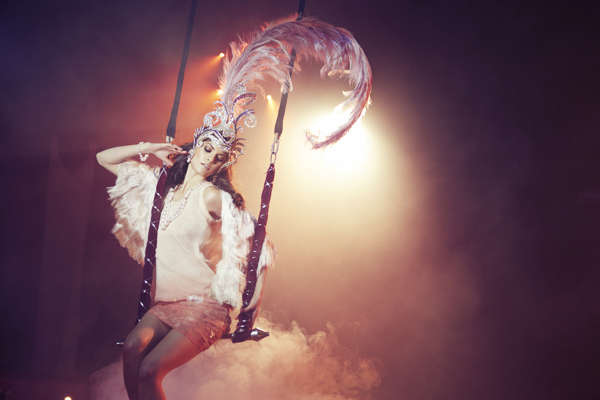 Meghan Young — May 16, 2013 — Fashion
References: facebook & behance.net
Share on Facebook Share on Twitter Share on LinkedIn Share on Pinterest
The ELLE Bulgaria April 2013 editorial puts a whimsical twist on the classic circus theme that is ever-popular in the fashion industry. Instead of going the dark route or taking the quirky path, this photoshoot is much more dreamy and sophisticated. The spotlight shines a warm glow on the ring master's stage, lighting up the show-stopping outfits beautifully.