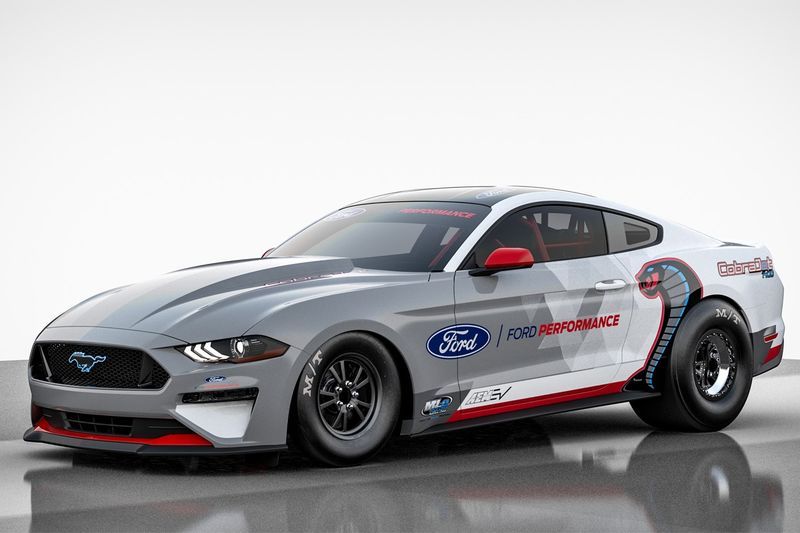 Daniel Johnson — April 24, 2020 — Autos
References: corporate.ford & hypebeast
Share on Facebook Share on Twitter Share on LinkedIn Share on Pinterest
Ford recently created its first electric drag race car, in a collaborative effort with a number of its suppliers like MLe Racecars, Watson Engineering, AEMEV, as well as Cascadia. The brand's electric drag race car is titled the ‘Mustang Cobra Et 1400.’ Many of the details of the car are not available to the public, however, it is able to produce 1,00 horsepower.

Mark Rushbrook, the global head of Ford Performance Motorsports, spoke about the rationale behind the product, “We saw the Cobra Jet 1400 project as an opportunity to start developing electric powertrains in a race car package that we already had a lot of experience with, so we had performance benchmarks we wanted to match and beat right now."