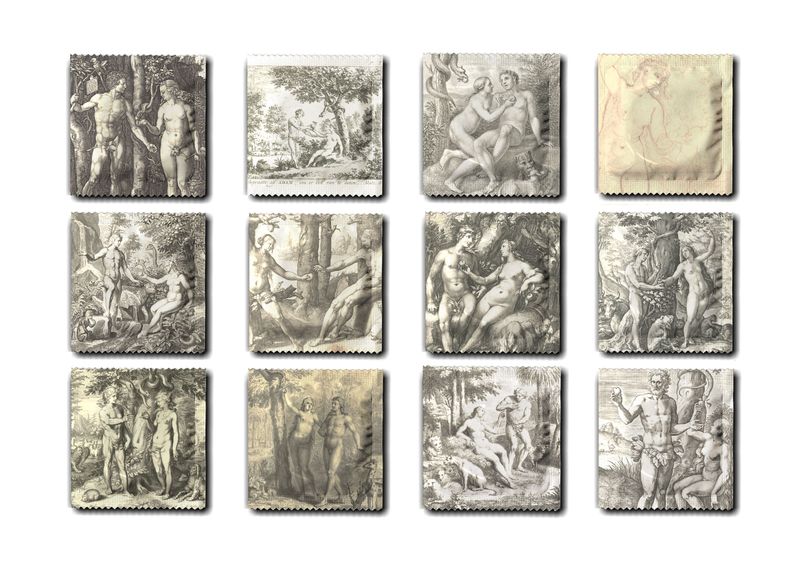 The duo were challenged with creating an art piece that was a practical, everyday item based on works from Amsterdam’s Rijksmuseum world famous collection. The pair settled on designing condoms for their common yet slightly taboo nature, which they felt would make the perfect medium for the etchings of the biblical couple.

Pi and Waag viewed the condom as a symbolic representation of a man-made device that allows people to explore their sexuality. This is paired with the wrapper's images of Eden, which, according to the artists, represents "the equality between the sexes and the unity between man, nature and God. To be able to live our sexuality on those terms, without a sense of shame, guilt or fear, is according to Eden Condoms the way to paradise."
4.5
Score
Popularity
Activity
Freshness
Attend Future Festival

TV-Themed Board Games
'Clue: the Golden Girls' is a Limited Edition of the Popular Board Game